America’s Backyard reveals the US role in the darkest periods of Latin American history, including Pinochet’s coup in Chile, the Contra War in Nicaragua and the death squads in El Salvador.    It explains why US drug policy has caused widespread environmental damage yet failed to reduce the supply of cocaine.  It  looks at the United States’ economic stake in Latin America and the strategies of the big corporations.  It also shows how US policy-makers and the media have used racist and negative stereotypes of Latin Americans to justify their policies.

Britain and the Dictatorships of Argentina and Chile explores the links between the British government and the dictatorships of Argentina and Chile, 1973-82, using newly-opened British archives.  It gives the most complete picture to date of British arms sales, military visits and diplomatic links with the Argentine and Chilean military regimes before the Falklands war, and provides new evidence that Britain was keen to exploit the oil around the Falkland Islands.

It asks who makes British foreign policy.  Can human rights groups influence governments?  What are the links between policy-makers and private companies?  Can an un-elected civil service prevent governments from pursuing an ‘ethical’ foreign policy?  By analyzing the social background of British diplomats and tracing the informal links between government officials and the private sector, it reveals the pro-business bias of the civil service and the Foreign Office.

More about Britain and the Dictatorships of Argentina and Chile

Inside Colombia: Drugs, Democracy and War provides a valuable introduction and quick reference guide to Colombia. With chapters devoted to history, human rights, the economy, drugs and relations with the United States, the book offers an easily accessible and comprehensive overview of the Colombian history.   It looks in detail at the US-backed counter-narcotics intervention,  Plan Colombia, and exposes the environmental and human cost of  the militarized counter-narcotics fumigation campaigns.  It traces the social roots of the drugs trade and identifies the winners and losers from drugs trafficking.    The book includes maps, facts and figures, personal testimonies,  a who’s who of the main actors involved in the conflict, lists of Colombian and foreign NGOs working in Colombia, further reading and Web links.

More about Inside Colombia 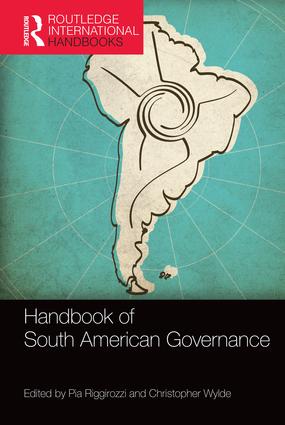 Leading experts explore the demands and dilemmas that have shaped understanding and practice of governance in South America.   The book is a key reference for those concerned with the study of South America, South American political economy, regional governance, and the politics of development.

Grace Livingstone contributes a chapter on ‘The Drugs Trade in South America’.

Based on original fieldwork and documentary evidence, this book investigates the new rightwing politics in Latin America. It includes chapters on US policy towards Latin America; the role of US-based think-tanks; the influence of transnational business and of the private media; as well as offering country-specific chapters.  A revealing and important book for anyone interested in contemporary Latin American politics.

Grace Livingstone contributes a chapter on ‘The United States of America and the Latin American Right’.